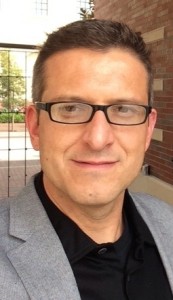 Piotr Florczyk is an award-winning poet, essayist, and translator. He was born and raised in Kraków, Poland, and has lived in the United States since 1994.

In addition to his books, he has published poems, translations, essays, and reviews in many journals, including The American Scholar, Boston Review, Harvard Review, Michigan Quarterly Review, The New Yorker, Notre Dame Review, Los Angeles Review of Books, Pleiades, Poetry International, Slate, The Southern Review, Threepenny Review, Times Literary Supplement, West Branch, and World Literature Today. He is one of the founders of Calypso Editions, a cooperative press, and former Translations Editor for The Los Angeles Review. His latest publishing project, Textshop Editions, co-founded with Kevin A. Wisniewski, is dedicated to publishing short experimental works.

Piotr and his wife Dena, who met as competitive swimmers, and their daughter live in Redondo Beach.